Working on a doctoral thesis in aesthetics, on the notion of “mimetic truth” implicit in, yet fundamental to, the hermeneutical aesthetics of Hans-Georg Gadamer. Have given a course on Gadamer's Hermeneutical Aesthetics at the graduate level in aesthetics at UU, and a lecture on 'L'esthétique de Gadamer' at the Université de Montréal. I earn my living as a technical translator, and am working on the first translation of Québois poet Gaston Miron's main collection of poems into Swedish.

Earlier studies in history, aesthetics, theoretical philosophy, theory of science, and latin at the universities in Stockholm, Göteborg, and Uppsala.

I studied French for foreigners at Sorbonne in Paris in 1999-2000, and started reading Gadamer in the French translation of Wahrheit und Methode in 2001.

Worked for many years as a personal assistant for the disabled. Studied one term on the nursing programme.

Later, I got work as a technical translator, at first from English, into Swedish.

My master paper in theoretical philosophy was on ”Descartes’ Meditations as Spiritual Exercises” (in Swedish), applying the French filologian and historian of philosophy Pierre Hadot’s interpretation of ancient philosophy as a way of life and “spititual exercises” to Descartes’ ”Meditationes de Prima Philosophia”, thus reading ”the father of modern philosophy” in the ligth of the ancient philosophical tradition.

My later bachelor paper in aesthetics was about the concept of play (Spiel) in Gadamer’s main work ”Wahrheit und Methode” (”Truth and Method”).

Started my doctoral studies in aesthetics in december 2011.

Spent a year visiting professor Jean Grondin at the Université de Montréal, in 2013-2014, where, apart from getting much good and encouraging feedback on my dissertation project, I was given the opportunity to give a lecture on Gadamer's aesthetics for Grondin's graduate students.

I am presently working as a technical translator, from English, French, and German into Swedish, while at the same time pursuing a one-year master program in literary translation (from French) at the Valand Academy (of fine arts) in Gothenburg, there working on a Swedish translation of the Québecan poet Gaston Miron's “L'homme rappaillé” from 1970.

Currently working on a dissertation with the project title ”Mimetic Truth – a Study in Hans-Georg Gadamer's Hermeneutical Aesthetics”, starting out from the rehabilitation of the ancient concept of mimesis as a fundamental determination of the nature of art in the philosophical hermeneutics of Hans-Georg Gadamer, and reading Gadamer's mimeticism as intimately linked to his rehabilitation of “the question concerning the truth of art”. My claim is that, althoug never explicitly spelled out, underlying Gadamer's hermenutical aesthetics is a fundamental notion of “mimetic truth”, that I propose to clarify, conceptually articulate, and then apply to some central problems formulated in the historical debates between the aesthetics of reception, the critique of ideology, and Gadamer's hermenutics of the artwork. The interpretation of Gadamer's conjoined notions of “mimesis” and “truth of art” is developed through a discussion of Gadamer in relation to Plato, Aristotle and Hegel, centered on Gadamer's notion of the “Wirkungseinheit”, the unitary effect or influence, of what he calls the “Platonico-Aristotelian philosophy of eidos [and logos]”, of which he sees Hegel as the modern inheritor, and in which Gadamer himself should be inscribed. Thus, Gadamer's hermeneutical aesthetics should on the one hand be historically and exegetically discussed in relation to Plato, Aristotle, and Hegel, and on the other hand thematically positioned in relation to, primarily, the aesthetics of reception of Hans-Robert Jauss, and the “negative aesthetics” of Adorno. 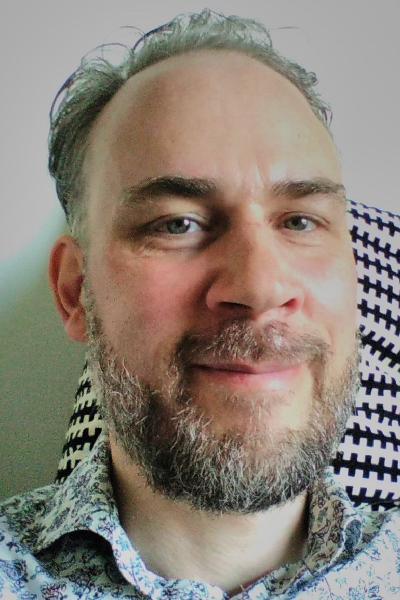