After completing my Bachelors, Masters and Master of Philosophy degrees at the Department of History at University of Delhi, Centre for Historical Studies, School of Social Sciences, Jawaharlal Nehru University (Delhi), and Faculty of History, Cambridge University (UK), I completed a PhD at the Centre for the Study of Women and Gender, Department of Sociology, University of Warwick in 1997. I was awarded the Nehru Centenary British Fellowship (1991-5) towards my PhD studies. I held lectureship and teaching fellowships at the Development Studies and Gender Institutes at the London School of Economics and Political Science for the academic years, 1998-2000. Since September 2000, I held a tenured-track lectureship at the Department of Sociology, University of Bristol. In August, 2008, I was promoted to a Senior Lectureship at University of Bristol. In 2004-05 academic years, I was awarded a post-doctoral fellowship for three months by the Advanced Cultural Studies Institute of Sweden (ACSIS), Linköping University. Subsequently, I worked on a commissioned research project with the Swedish Integration Board (Integrationsverket). This was followed by research grants (2005 & 2007) by Forskningsrådet för Arbetsliv och Socialvetenskap (FAS) for international collaboration with the Division of Gender and Medicine (Faculty of Health Sciences) and Department of Ethnic Studies (Institute for Social and Welfare Studies), Linköping university. In April 2010, I joined the Department of Government at University of Uppsala, as a Senior Lecturer. In 2012, I was awarded a Docentship. My research falls in four specific areas: Gendered Discourses of Colonialism and Nationalism, Gendered Violence in India and Europe, Ethnicity, Social Capital and Social Exclusion and Qualitative Feminist Research Methodologies. Funded Research

The project addresses racism in healthcare with diverse groups of providers and patients and through dialogue and shared learning, creates opportunities for progressive change. Despite evidence of the experience of racism by health service professionals and users, and of inequalities in health outcome for people of migrant background, there is very little discussion of racism in the Swedish healthcare system. The lack of official data around racialised categories and the emphasis on integration renders racism invisible, while very few cases of racism are reported via the official complaints system.Given the occluded and sensitive nature of racism for both professionals and patients, planned and widespread consultation, participatory methods to include all stakeholders in the provision and uptake of healthcare together with inductive qualitative analysis are needed as part of an implementation framework.

2017-2020-From Waste to Profit: Gender, Biopolitics and Neo-liberalism in Indian Commercial Surrogacy (The Swedish Research Council).

The project is an interdisciplinary study of transnational commercial surrogacy (TCS) in India. The project posits that the bodies of poor Indian women, considered as 'waste' by previous population policies of the Indian state, become available as sites of profit-generation in TCS through the intersections between neo-liberal health policies and hierarchies of gender, caste, class and religion. The aim is to demonstrate how this availability is accomplished.

2016-2018- The paradoxes of empowerment - Employment Guarantee, Women and Dalits in India (The Swedish Research Council).

The central question that drives our research project is to understand the (intended) processes of empowerment and the (unintended) processes of disempowerment emerging from a programme such as NREGA. We will evaluate how the programme has contributed to a)change the social and political contexts in which women and Dalits live, with particular reference to caste and gender relations; b)reduce women's and Dalits' dependency on powerful actors. We will then c)evaluate whether these changes are bringing about some visible empowerment or even if the reverse is taking place, that is, dis-empowerment and what are the mechanisms tunderpinning these process. We will compare these processes in two Indian states, Andhra Pradesh and Uttar Pradesh.

2014-2017- Civil Society and Deliberative Democracy: 'suburban riots' in Sweden and Civic Associations? Representation of Marginalization in Public Discourse (The Swedish Research Council). The project investigates the deliberative roles of civic youth associations in three suburbs of Stockholm during?the 'surburban riots' of 2013 and their aftermath. It focuses on youth associations that provide social arenas for discussing the events and exchanging experiences in immigrant majority suburbs that were especially affected by the riots. The project investigates the conditions of youth associations for affecting public narratives and debates about the nature and causes of the riots and associated concerns of marginalization and failed integration? Using a triangulation of methods to study the roles of youth associations in Husby, Tensta and Rinkeby, the project contributes both empirically and theoretically to current debates on the role of civil society in deliberative democracy.

2004 (October-December)- Visiting Fellowship awarded by the National Board of Advanced Cultural Studies Institute of Sweden (ACSIS). Fellowship administered from the Department of Ethnicity, Linköping University, Sweden.

1995, June, Centre for the Study of Women and Gender, University of Warwick Research Award- Award towards Doctoral programme. 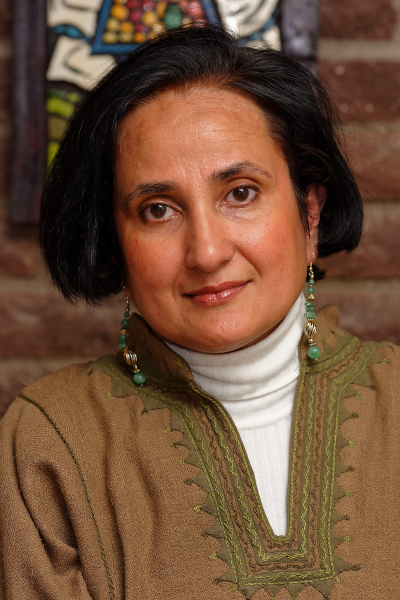