The Materiality of Suspicion

After years of recurring violent conflicts, everyday life in the Nigerian city of Jos is shaped by a pervading sense of diffuse danger. There is a general preparedness among people that somewhere out there, someone is looking to deceive them, defraud them, take advantage of them, or even kill them. Although suspicion is sometimes expressed through narratives, conspiracy theories, etc, it is often rooted in vague, vaporous feelings, an underlying anxiety or existential uncertainty that is difficult to express verbally. It can be described as a mood, an atmosphere that attaches to, and absorbs, experiences. The project studies how suspicion connects to our dealings with the material world, especially, how it seems to thrive in the uncanny moments when the familiar emerges as a site of ambiguity – when things and experiences that induce normalcy, security or monotony, simultaneously provoke doubts regarding the true nature of objects, people, and relationships.

The research is part of the research project ‘Suspicious Materialities: Egyptian and Nigerian cityscapes’, financed by FORMAS.

Infrastructure as a Divination Device – Urban Life in Nigeria

In the Nigerian city of Jos, everyday life is shaped by interlacing rhythms of disconnection and reconnection. Petrol, electricity, water, etc., come and go, and in order to gain access inhabitants constantly try to discern the logics behind these fluctuations. However, the unpredictable infrastructure also becomes a system of signs through which residents try to understand issues beyond those immediately at hand. Signals, pipes, wires and roads link individuals to larger wholes, and the character of these connections informs and transforms experiences of the social world. Not only an object, but also a means of divination, infrastructure is a harbinger of truths about elusive and mutable social entities—neighbourhoods, cities, nations and beyond. Through the materiality of infrastructure, its flows and glitches carefully read by the inhabitants, an increasingly disjointed city emerges. Through new experiences of differentiated modes of connectedness—of no longer sharing the same roads, pipes, electricity lines, etc.—narratives are formed around lost common trajectories. By focusing on how wires, pipes and roads are turned into a divination system— how the inhabitants of Jos try to divine the city’s infrastructure and possible ways forward, as well as how they try, through the infrastructure, to predict a city, a nation and a world beyond—this project strives to find ways to grasp a thickness of urban becomings—a cityness on the move according to its own unique logic.

The research has been financed by a grant from the Swedish Research Council.

Medicine for Uncertain Futures: A Nigerian City in the Wake of a Crisis

The Nigerian city of Jos used to be seen as a peaceful place, but in 2001 it was struck by clashes that arose from what was largely understood as issues of ethnic and religious belonging. The event, which would become known as ‘the crisis’, was experienced as a rupture and a loss of what the city had once been, and as the starting point of a spiral of violence that has continued up to today. With the crisis, Jos changed. Former friends became enemies, and places that had been felt to be safe no longer were so. Previous truths were thrown into confusion, and Jos’s inhabitants found themselves more and more having to manoeuvre in an unstable world coloured by fear and anger. This research analyses the processes that were shaping the emergent city of Jos and its inhabitants in the aftermath of the crisis. At its core are some of Jos’s practitioners of traditional medicine. As healers, diviners, and providers of spells to protect from enemies or solve conflicts, they had special skills to influence futures that were becoming more and more unpredictable. Still, the medical practitioners were as vulnerable to the changing circumstances as everyone else. Their everyday lives and struggles to find their footing and ways forward under the changing circumstances are used as a point of departure to explore larger wholes: life during times characterised by feelings of uncertainty, fragmentation, fear, and conflict – in Jos as a city and Nigeria as a nation. 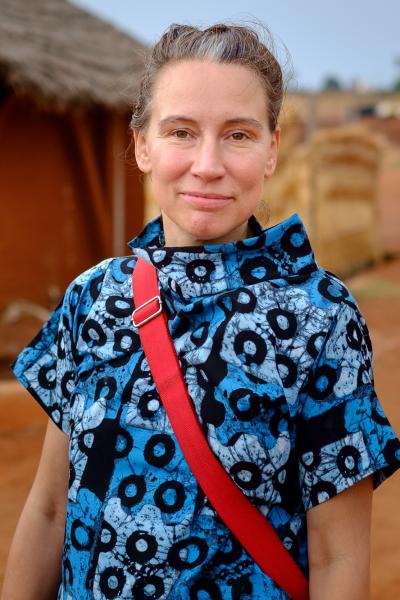